From Our Founder – Don Chriscaden 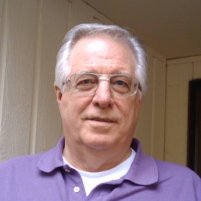 When I was in my early twenties I was diagnosed with PKD (Poly cystic kidney disease). At that time I had an uncle and my father with it so I knew it could be in my future too. This was in the early days of dialysis and what I heard and seen with my uncle and father I knew wasn’t for me.

Fast forward thirty years and it was time for me to start treatment I was scared and mad. Things in my life were better than it had been in years and now this; I didn’t want or need this at this time.

I was fighting everything that would make my life better, and make me healthier and live longer. That means I was fight my doctor, my diet, the nurses and techs, and of course I thought the machine was some kind of torture devise to make my life miserable. I fought the system that was put in place to do just the opposite of what I thought. I didn’t seem to get any better and because I was told that you had to fight and not give up that’s what was what I was doing, fighting everything. I woke up one morning tired and feeling sick and thought about what I was doing and realized it wasn’t working so I realized I had to change.

I went to dialysis that day and started doing the direct opposite of what I was doing. The first thing I did was embrace the very machine that was keeping me alive instead of cursing it. From that day on I slowly started embracing all the things and people I hated .Everything turned around for me, people started to like me again and I realized that I could do the things I needed to do. Life became more meaningful and most of all worth living again.

On December 31st, 2003 my daughter gave me one of her kidneys and I can’t thank her enough for that wonderful gift. About 4 months after the transplant I went to the social worker at my center and asked if I could talk to new patients and people that are scared to see if I could help ease the fear and give them some information about how to find a way to do dialysis that work for them and still have a life that was worth living and meaningful. It wasn’t long before we started having support groups and then I was asked if I wanted to start helping with some of incoming patient education, which I gladly did.

My message was simple, I told them that they are going to be OK, also that there is a worthwhile life to live on dialysis and to keep doing the things that they enjoy doing. But most of all they saw a healthy person who had the same thoughts and feelings that they are dealing with and I was there to answer the questions they had that no one else could answer unless you’ve been there. I was also there to present a positive example that all the horrible things they have been told or heard were not true or that there are ways to work with the problem.
It worked so well and the patients did better, that I was asked to do more on the patient education part that I realized I needed help. That’s when I started looking for others to help me with the tasked at hand.

In the third quarter of 2010 The Road Back To Life incorporated and we received our non-profit 501 c3 status of February 2nd of 2011. This was a great achievement for a group of patients that started with just one man and his dream.